Now I know i fell off on my blogging but, this year I'll be getting right back to it. I'm also looking forward to adding more to my blog. Expanding it if you will. I'd like to add some of my favorite baking recipes as well as my upcoming travels.
Enough of whats to come..lets talk about where I've been!

I woke up January 1st feeling so horrible. Literally sick to my stomach. However that's to be expected after bringing in the new year with your girls.. right? Only, two days later i was still sick. Now don't get me wrong i definitely did drink a lot lol. I prefer tequila, and that's exactly what i had. Don Julio.

I've never gotten sick before, not with tequila at least. It did raise a flag but i still didn't pay it any mind. I mean we enjoyed ourselves very much that night so i wasn't expecting anything other than a hangover okay lets just be clear! As I was bed ridden my girls face timed me just checking in. But i literally just couldn't even bare to be on the phone. Vomit just kept flowing out, like a faucet that was left on.

At some point my mom decided to chime in saying "That's not tequila Bianca, that's a baby!"
*Rolls Eyes* Do you think i wanted to hear that ? ABSOLUTELY NOT!
I had just got back to my pre Liam weight. Which i so desperately died for. Momma was really starting to get her groove back. I was feeling so content with my weight, my skin, my hair, everything! I was literally getting my glow back. For so long i let being a mom cloud my head. Not in a bad way. I just never cared for how I looked when i went outside. as long as my kid was dressed up to par i didn't matter.

Finally, my mom ended up getting me a pregnancy test. Since I was in denial i really didn't want to take it. One of my best friends birthday was that coming Saturday. I wanted to go out, have fun and help make her birthday unforgettable. It definitely was unforgettable. I never made it out that Saturday January 5th. I in fact took the test the day before because i just wanted to get it out the way. Like i said it was expected to be positive.

IT WAS FUCKING POSITIVE!

I was so emotional. I didn't know how to feel. It was a bittersweet feeling. This was my rainbow baby. I had a miscarriage back in 2016. I was so depressed I got on birth control. The IUD (mirena) to be exact. It gave me so many problems, I hated it. It was the worst thing! Eventually i took it out. I was careful. Or so I thought. Lol.

January started with a bang huh?! I went to the doctor that following Monday. When I went for the dating sonogram i was so anxious. The technician proceeded to let me know i was already 3 months.

Yea y'all , I'm so serious. 3 freaking months! So I guess my mom was right about me not being sick from the tequila. Who would've guessed? CLEARLY not me! Lol. Two months later I found out I was indeed having a princess. Now this was another thing I had to accept. I have always wanted all boys, this was going to be so different. Like I said this was my rainbow baby, a blessing in itself so of course i accepted it. Not like I could've changed anything right lol. My due date was August 9th. Like my first kid, the second one didn't come on time either. She decided she didn't want to be a Leo. She waited until Virgo season rolled in to make her entrance. On August 29th my sugar mamas was born, the biggest, best, and most beautiful surprise of the year.

WHERE HAVE I BEEN?

If you were wondering where I've been. I've been busy trying to get the hang of being a mom of 2. I now have a 4 year old as well as a 4 month old. Not as easy as it looks, but definitely not as hard as I thought. Since I've become a pro at it i will be getting back to ME!

Popular posts from this blog

Check Out My Top 3 Picks From The New York Baby Show !! 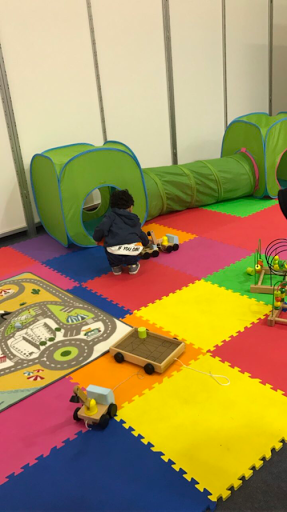 Disclaimer: We were invited to this event as press and are being compensated for this. The opinions I share are solely my own.


We were invited to this fun amazing event thanks to the #MomTrends. Upon arrival to the #MTBloggerLounge Liam bolted off to the play area. I knew he would.. However, I didn't know how many times I was going to have to ask him let's check out the show and we'll go back to the play area later. Haha

Time For an Introduction 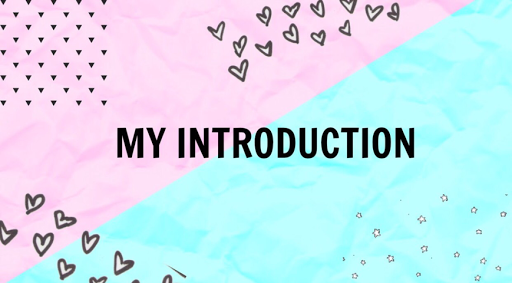 Hey Guys! So I figured and introduction is way overdue.

By Liam's Mama - April 04, 2017
Hey guys! I'm giving you all a chance to win tickets to 'The New York Baby Show'. I have ten free tickets to give away thanks to #MomTrends .
When the free tickets run out the link will no longer work. I do have a 50% off code for you to use. It will work on any ticket family or single.
•FREE Tickets Giveaway Link-
https://www.eventbrite.com/e/new-york-baby-show-may-20-21-2017-tickets-30329817300?discount=BiancaGFree

The 2017 New York Baby Show, on May 20 & 21 at Pier 94 will once again be the largest show for new and expectant parents in the country. Now in its 7th year, no other event provides a better experience for thousands of expectant and new families from New York and neighboring counties, seeking a family-friendly jamboree of top brands, great speakers and seminars, big giveaways, and lots of learning, support, bonding, and fun as you make your way into parenthood. We are giving away tickets for you and your family to experience the show. See below for detail…
Read more